ART: The Artist Of Homes

Eero Nelimarkka created the Finnish landscape and rural interiors in an image of how Finns want to see them. Nelimarkka has become the epitome of art that is considered Finnish. Generation after generation Nelimarkka is celebrated because he is seen as an artist of Finnish homes.

—Nelimarkka’s extremely prolific production has concretely been invited to many Finnish homes for their cultural and educational values. The landscapes, nature, trees and fields. That is what Finns have wanted on their walls, says the head curator Riitta Ojanperä.
The latest exhibition shows us a new side of Eero Nelimarkka, exhibiting his early work and connections to Modernism.
—If the average image of Nelimarkka’s art is connected to the idea of landscape and traditionalism then this exhibition does not support that view, although he did paint many landscapes already in the 1910s, Ojanperä explains.
His compositions are emphasised now: he framed tiny details of everyday life giving a far more dense meaning to the ordinary in his paintings.
Nelimarkka spent his childhood in Vaasa and became an artesan, practising his skills in Sweden and Germany as a journeyman. His route to being an artist began on his first trip to Paris in 1912, which was not uncommon to young Finnish artists of his time. His style, choice of topics and the artistic values in his paintings represent what Paris had to offer at the time.
Nelimarkka’s modernity is not the typical radical Abstractionist expression of the time. It has more in common with a Baudelairean modern, ‘fleeting, disappearing, arbitrary’, says Riitta Ojanperä. 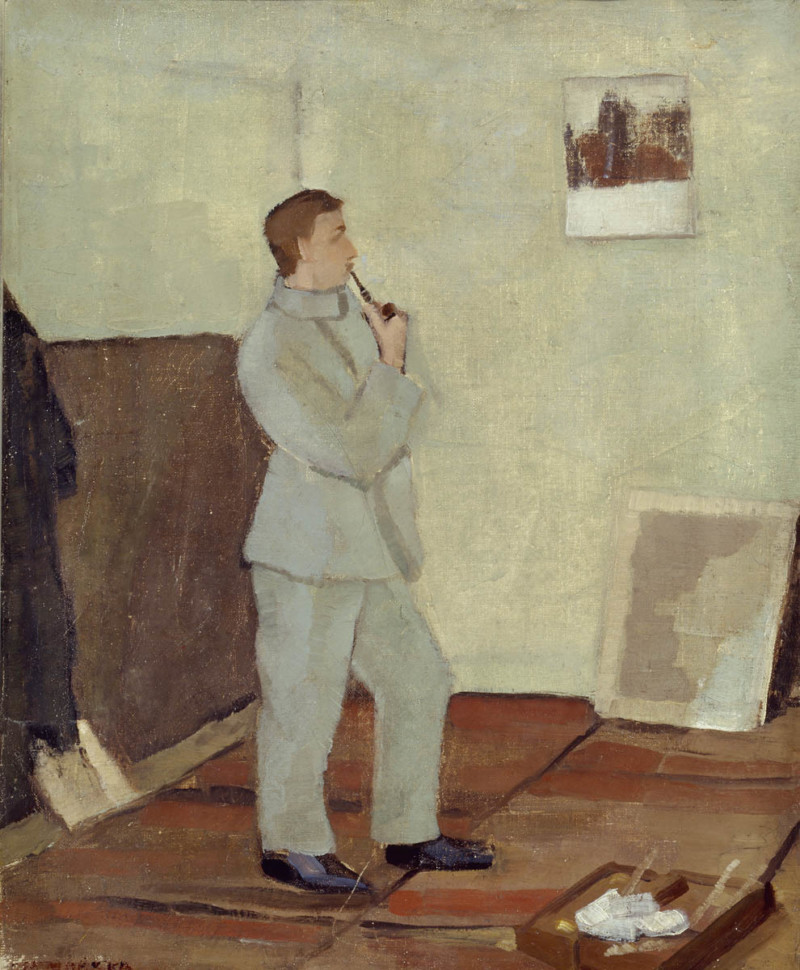