How Green Is My Valley

The old workshops and smithies of robust metalworkers are now studios and ateliers for artists, designers and artisans.

A trip to Fiskars is part of the summer routines of Helsinkians. An hour’s drive from the city and it feels like being abroad. The verdancy of the place almost feels a little too lush as the river valley micro-climate nurses rare flora and broad-leaved trees. It makes you want to burst into French, Italian or German.

People visit Fiskars to romanticise the beautifully preserved iron works milieu, sit down for a coffee and later enjoy a long lunch in one of the beautiful, old buildings.

After lunch there’s time to pop into the small boutiques and designers’ workshops for some Desico candles to keep in store for long Autumn evenings, being charmed by Karin Widnäs’s ceramics and Nikari’s wooden furniture. Fiskars has, obviously, its own cheese factory, brewery and distillery.

By Finnish standards the village is very old as it was founded by the Dutchman Peter Thorwöste in 1649. Fiskars is situated inside a deep forest by an unharnessed rapids and within reach of excellent waterways; the perfect spot for an ironworks, many of which were built in the village that soon became wealthy. Magnates ruled their realms and took care of their workforce. Many of the 19th century workers’ homes are still homes to the villagers.

When the industrial buildings were abandoned in the 1980s, designers and artists soon moved in. Fiskars was far enough, but also near enough Helsinki. There is strength in co-operation as the villagers have shown to the world. Today, Fiskars flourishes all-year round.

How: Fiskars is located just under a hundred kilometers west of Helsinki. There is a train and coach connection to Karjaa, and for the rest of the way (c. 14 km) you can take a taxi or bus. Fiskarsintie 336, Fiskari. fiskarsvillage.fi

Ironworks stories and artisans: a guide introduces visitors to the lively history, shops and local artisans of the area. Book through Fiskars Village Info, tel. +358 19 277 7504. 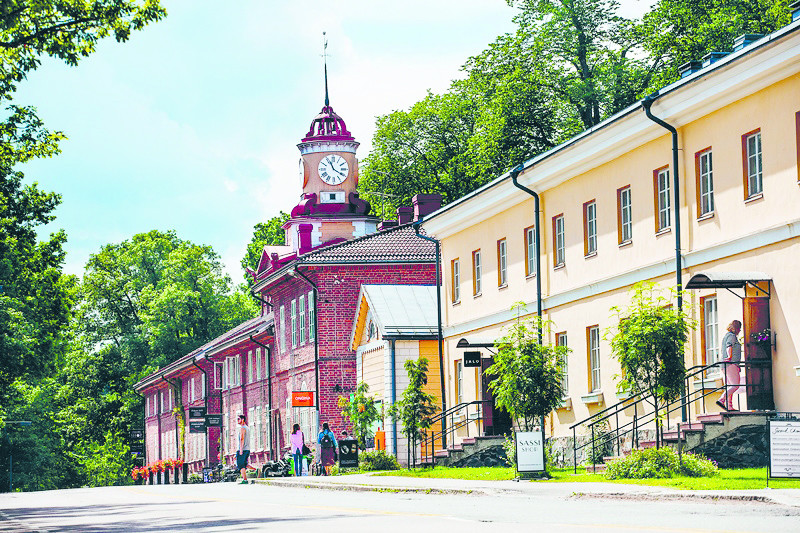 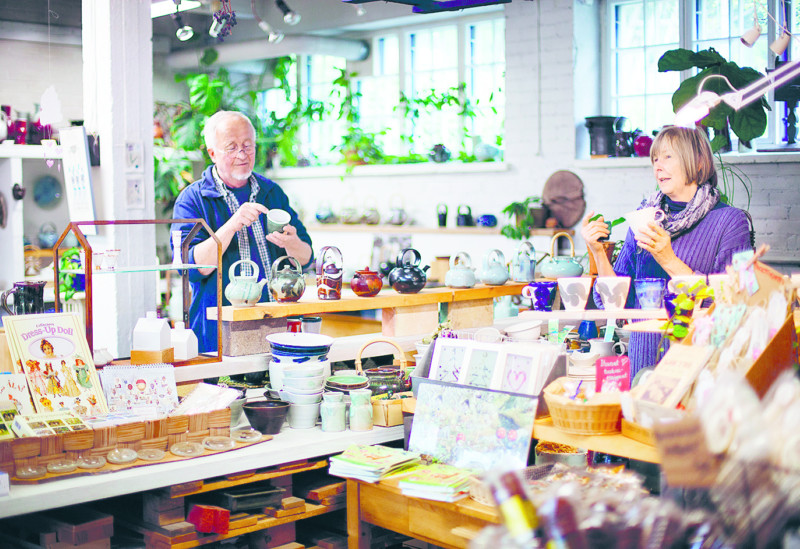 Pop into small shops, Fiskars is lively all year round!