Cheers to Helsinki’s elegant cocktail bars where they know how to make their customers happy. Hurrah to the Helsinkian cocktail culture!

What is best about cocktails? Definitely the first feeling of the alcohol reaching the brain’s limbic system’s pleasure centres. Hello there, dopamines! Hit it! Do your good stuff.

Drinking alcohol has never been difficult for Finns, as is well known. However, in the last ten years alcohol consumption has become more refined, and new wine bars, craft beer pubs, and finally real cocktail bars have opened up around Helsinki.

Now we’re ready to talk about a cocktail culture. Helsinki has become an internationally interesting cocktail town. The boom has been so big it has been noted abroad.

—It isn’t about developing new mixes anymore as whole new bar and restaurant concepts are created, say bartenders Antti Kuitunen and Juho Eklund. Kuitunen is a partner at Son of a Punch ltd., while Eklund is in charge of the company’s crown jewel, the Trillby & Chadwick cocktail bar.

Cocktail lounge A21 on Annankatu was the herald of the change. It opened in 2007 in the premises of an old sex shop. Sweet; the only way of getting in was to press a doorbell, if there was room, and there usually wasn’t. How about them cocktails! 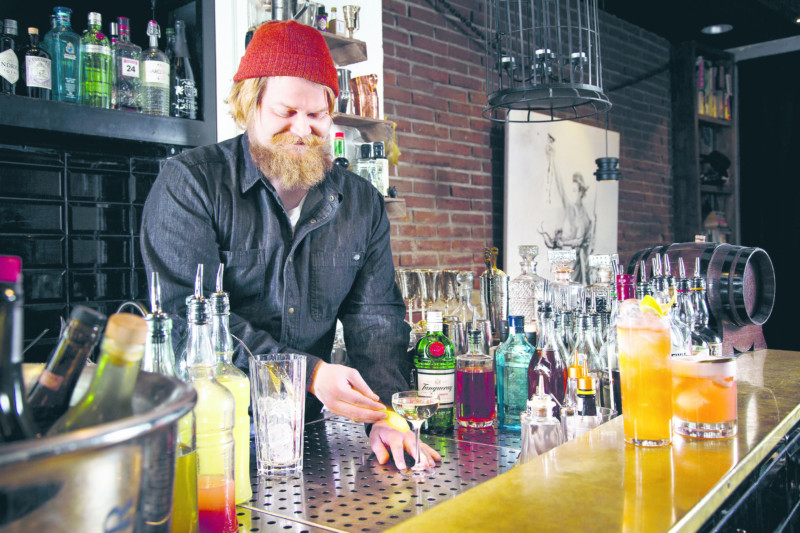 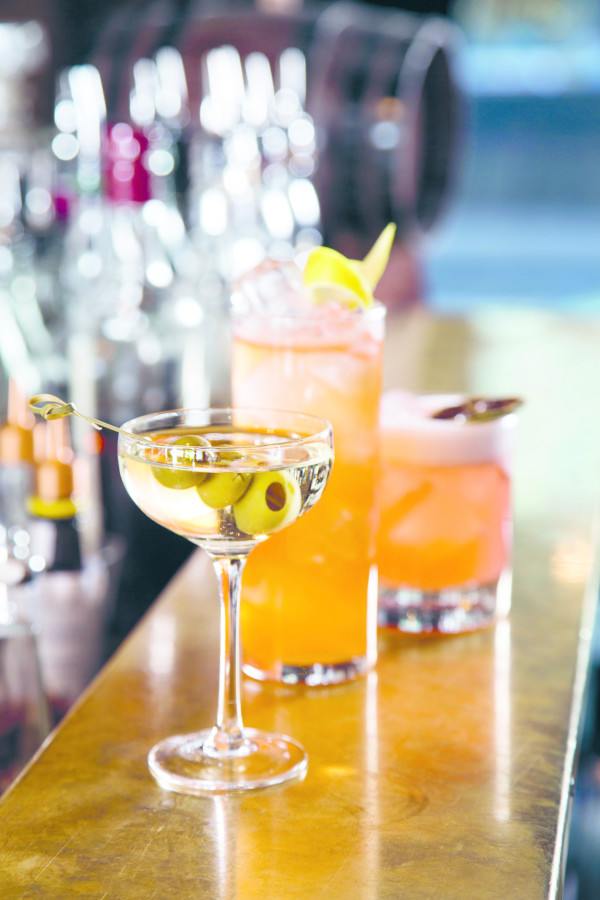 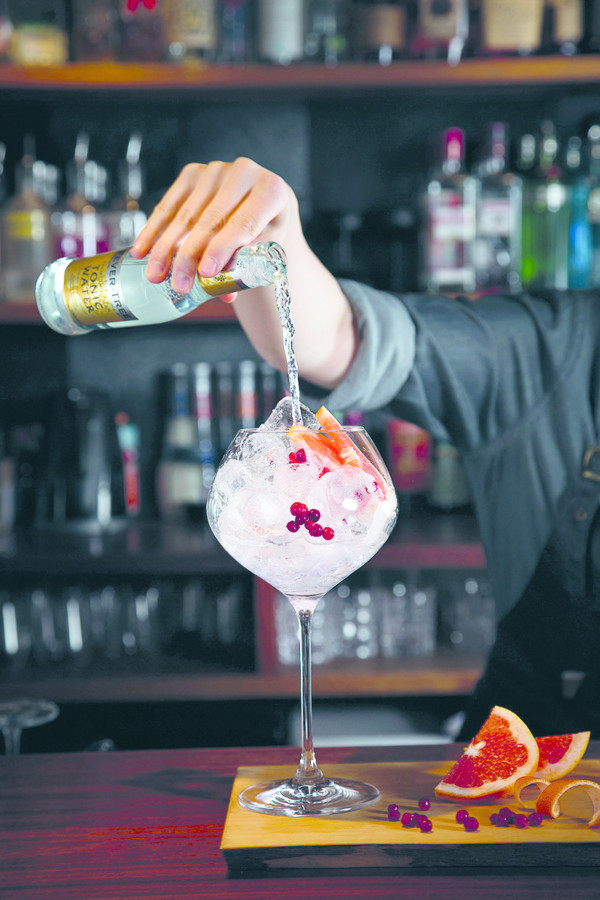 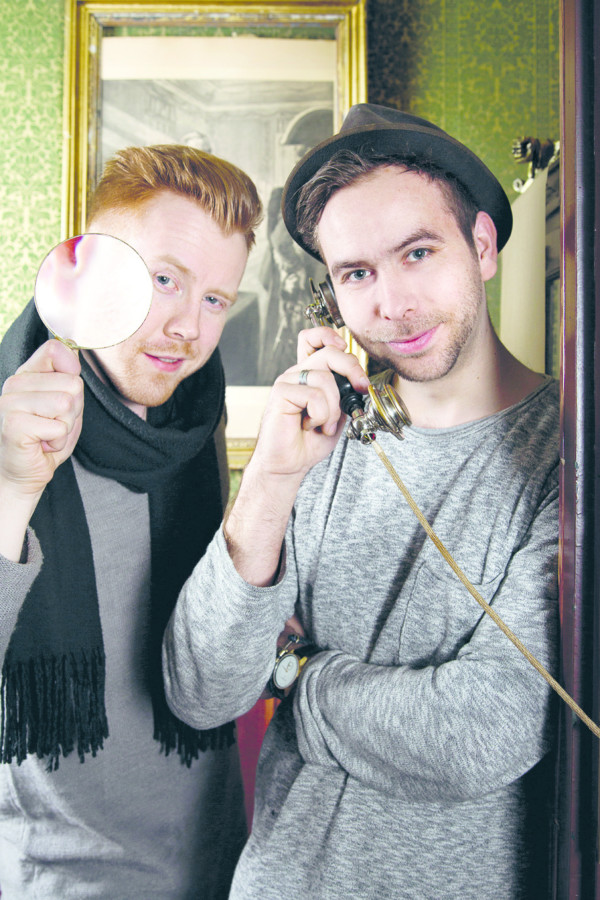 —A21 was the first real cocktail bar in Helsinki after a long time. Its effect was enormous. Timo Siitonen is ;a pioneer in the business and A21 is still a marvellous place, Kuitunen gives credit to his colleague.

The founders, Matti Santala, Niko Autti and Timo Siitonen got their knowledge and inspiration from London. A21 was the kickstart for cocktails in town but the real boom started with the founding of Liberty or Death on Erottaja in 2012. The hype around the bar was massive and the place was absolutely packed during weekends.

—The success of the place paved the way for other cocktail bars, says Kuitunen.

The boom gave birth to the bartenders’ own company Son of a Punch ltd., which, in five years, has built a small cocktail empire in Helsinki. Now there are five personalised bars with unique concepts, Liberty or Death, 100 Dogs, Books & Antiques, Rusty Bar and Trillby & Chadwick.

—The company has five owners and everyone of us is all in and we all work in the bars. That’s why they’ve stayed first-rate, says Kuitunen.

The pride of the company is the speakeasy with no address, Trillby & Chadwick. It might be situated opposite the Cathedral but who knows for sure?

—That’s my realm, says Eklund, who has been in charge of Trillby & Chadwick for the past year.

The speakeasy theme is present everywhere: at the entrance, in the decoration, on the drinks list obviously, while photography is banned and the bartenders dress the part. Naturally, punters leave the bar through a curtain and the back door.

A brilliant cocktail is always more than the sum of its ingredients: it is a promise of an ambience. For the bartender it is a proof of skills and innovativeness and a knowledge of history.

At the turn of the last decade some bartenders were interested in the roots of the cocktail: what people used to drink, how cocktails were made when there were no exotic fruits and strawberries available in the middle of the winter.

—A lot of cocktail archaeology was done back then. We would rummage through the archives of old restaurants, looking for drinks lists with drinks to find out what was drunk at the time, says Juho.

The historic documents brought forward the old classics, Dry Martinis, Negronis and others made with only a few ingredients. They were also in line with the Finnish alcohol laws that strictly regulate the strength of drinks and cocktails. A cocktail may contain a maximum of 4cl of spirits, which makes you really think which ingredients to mix and how you use them.

Kuitunen and Eklund encapsulate the essence of the deal: they have to mix drinks the patrons like, otherwise cocktail culture is not getting anywhere.

—It seems that the patrons’ taste is going towards a drier and more bitter direction, says Kuitunen.

Enthusiasm and openness are behind the rise of the cocktail culture. Everyone in the field agrees that envy and bitter sulking do not advance the common cause.

—The Helsinki cocktail community is compact and small. We’re all working for a common goal and there is no need to fight over positions. If your mate opens a bar you know it’s good for everyone. It’s good to work together when you know that help is always available, says Eklund.

Customers have become conscious and demanding following the rise in interest in cocktails. Today, it is typical to meet your friends for a cocktail before dinner.

—Customers know exactly what goes into the drinks and what the differences are between various gins and whiskeys. That makes it challenging for us, Juho continues.

Kuitunen’s and Eklund’s favourite drinks are classic and simple.

—There are three things that never go out of fashion: the colour black, cash and Gin & Tonic, clarifies Antti Kuitunen. 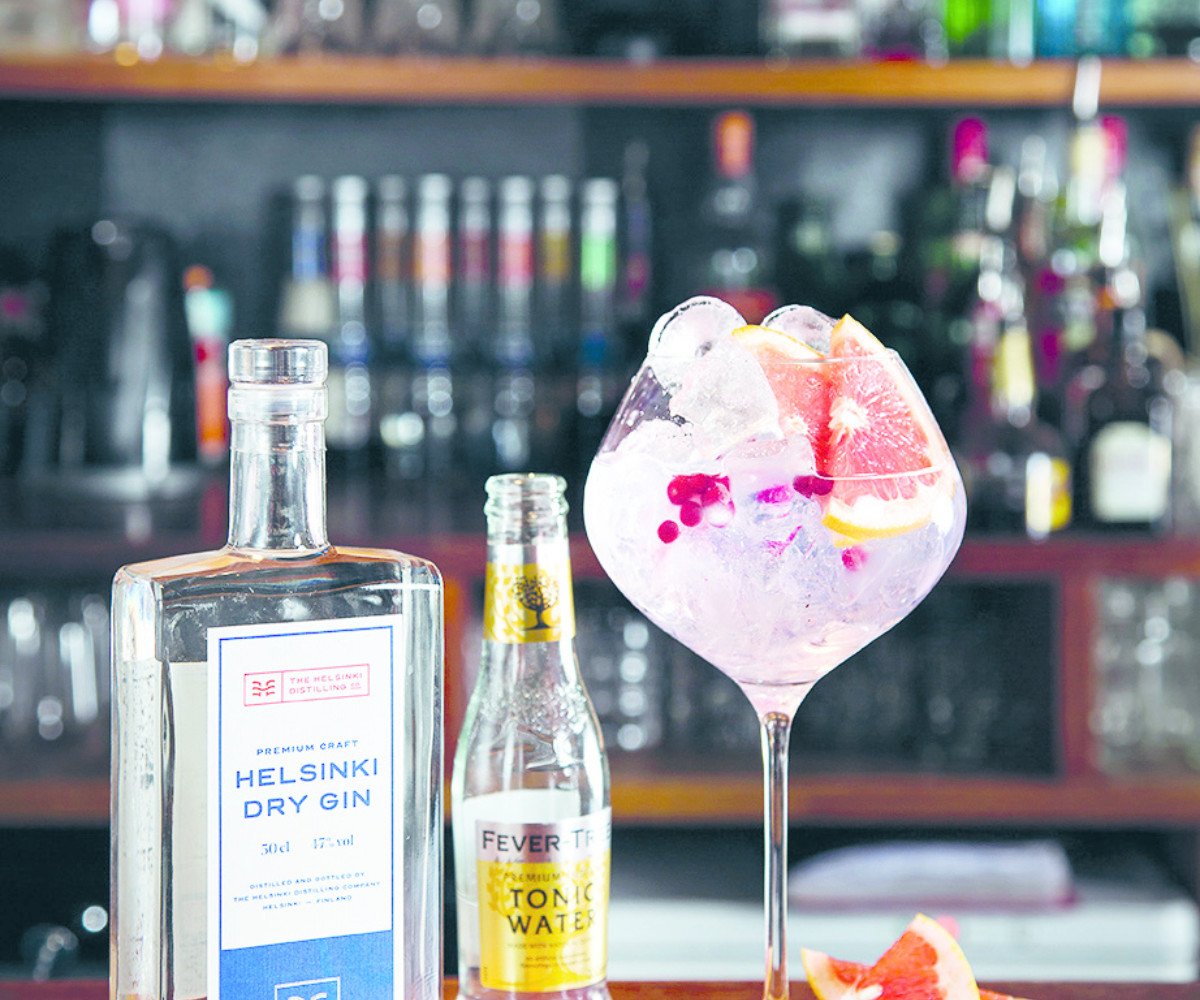 Gin & Tonic is not itself anymore.

Really, and that is a good thing.

—The biggest thing in the success of gins is the development of the cocktail culture. Because of it the demand for gins has grown, and gin is one of the most popular choices for alcohol in drinks, says bartender Timo Siitonen. Siitonen’s A21 bar has had a Gin & Tonic menu for the last three years.

Siitonen talks about New Style gins: by tuning Gin & Tonic with spices and garnitures, the features of the gin are highlighted and more depth is brought into the drink. No wonder that Gin & Tonic now entices those who have previously not appreciated the long drink.

Cause or effect, gin production and development are now interesting to alcohol manufacturers, and new gins are readily available.

—The world-wide success of Finnish gins has brought the drink to a new level. I find it great that the consumers’ awareness of the differences in the tastes of various gins and tonics has grown.

When Siitonen enjoys a Gin & Tonic it is acidic and citric.

—One of my favourites is the Teurastamo GT that includes the Helsinki Distilling Company’s Dry Gin, pink grapefruit, lingonberries and Fever Tree Indian Tonic. The combination brings together the acidicity of red berries with the tanginess of pink grapefruit, says Siitonen. 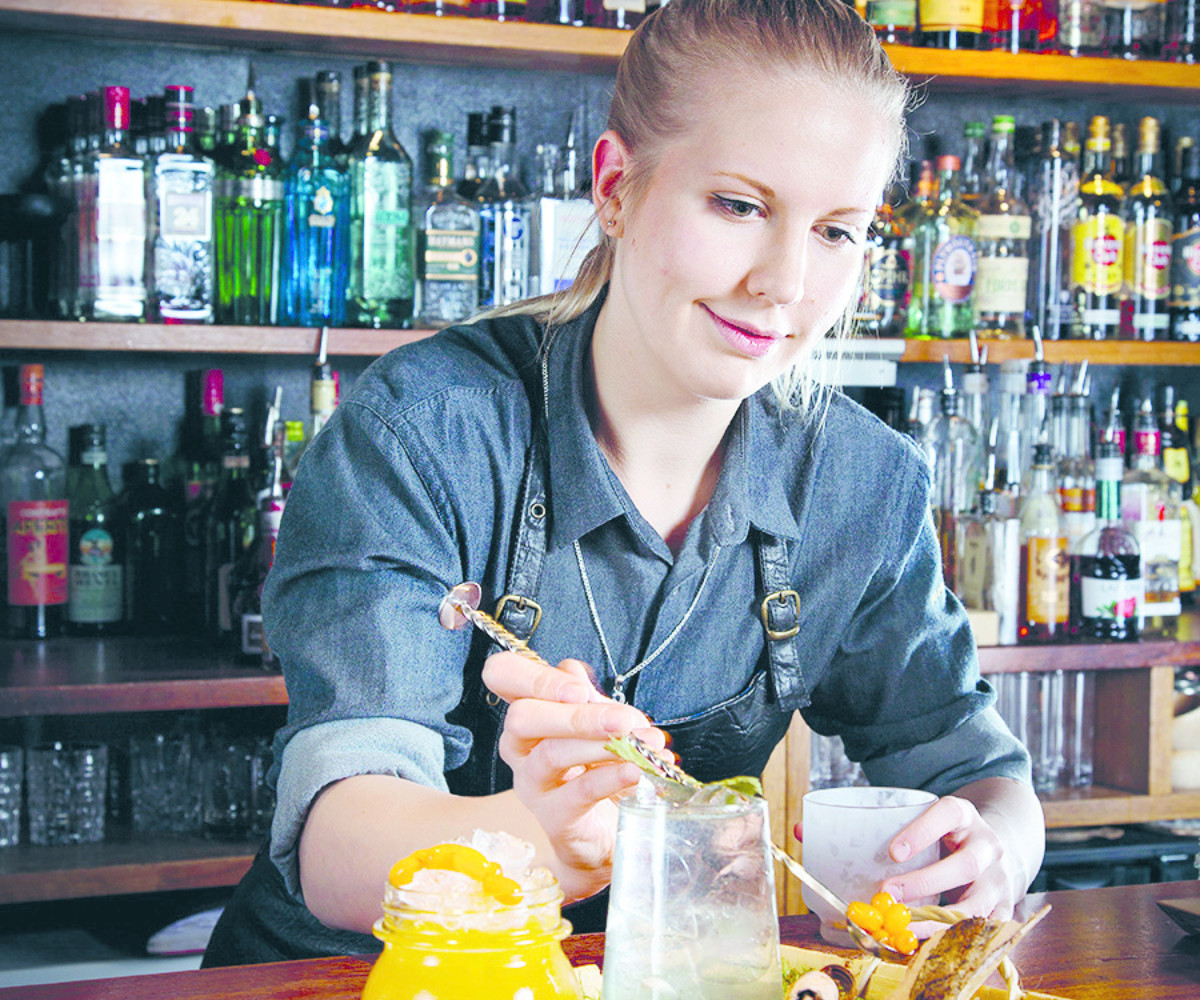