Why does everything suddenly go wrong in a man’s life? Kullervo seduces his sister, kills his enemy and finally turns
his blade against himself. When the rugged Kalevalan tragedy and young Jean Sibelius collided, an epic work of Finnish music and national awakening was born. Kullervo’s story is now seen as a dance piece at the National Ballet as the internationally renowned dance artist Tero Saarinen grasps the destiny of a torn man. The stage is filled with raw energy as the Opera Choir is accompanied by the YL Male Voice Choir.

—At a very early stage we realised that we did not want to make a Kalevalan pastiche, and in its stead we would extend the piece into a universal study of humanity, says Tero Saarinen.

The composer’s youth and interest in oral poetry can be heard in the piece that Sibelius wrote during his early National Romantic period. In the meanwhile, the elegance of classical music is ever present.

—The two extremes add friction that inspired me and led my imagination in a certain direction although there were some clear boundaries, Saarinen says.

Kullervo’s story has interested Saarinen since long. It is universal and timeless. When the artistic director of the National Opera, Lilli Paasikivi, suggested Sibelius’ piece, Saarinen did not have to think for long.

—Kullervo’s destiny is often seen as the tragedy of the Finnish male. We don’t own Kullervo’s trauma. His fate is universal. New Kullervos are constantly born in in war-torn environments where there are no prospects.

Kullervo’s misfortunate childhood, identity problems, uncontrollable emotions and a ruined life lead to revenge, an eternal theme. Saarinen says the themes are comparable to Sophocles’ Electra and Shakespeare’s Hamlet. On the other hand, nothing is more contemporary than discussing alienation, marginalisation and exclusion.

—Kullervo bears the weight of his family’s accumulated hatred and takes it forward. The current question is whether an individual can stop a cycle of hate and find a more meaningful and positive reason to live rather than seek revenge, Saarinen says. 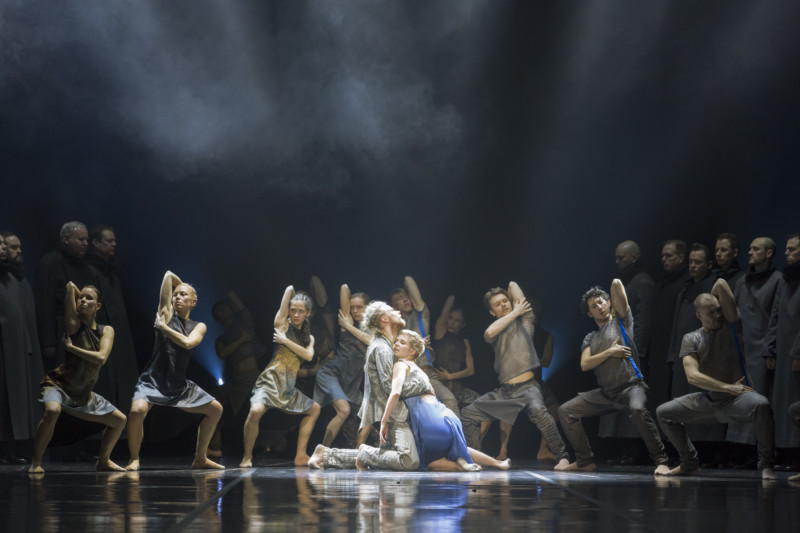